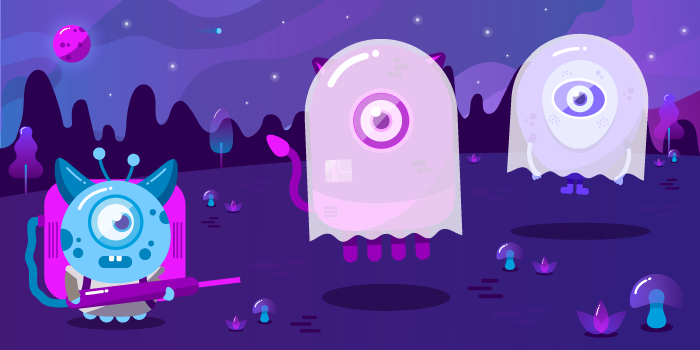 On Monday the 7th of January it happened: Over night we had more than 300 additional Twitter followers. Sounds cool, right? Well, unfortunately it is not.

We were not praised by sudden fame. All of those 300 new followers were ghost followers: fake accounts that only exist to increase the reach of another account. But where did they come from all of a sudden?

Because we were annoyed to remove every new ghost follower manually I came up with this tool that I would like to introduce to you in this article: Meet Ghostbuster - the friendly commandline app to automatically delete all those nasty twitter ghost followers. Running it looks kind of like this:

While reach through a lot of followers is usually a desireable thing on Twitter, having a lot of ghost followers is not. This can have several severe drawbacks:

To me personally, the weirdest thing about this situation is that we never payed anyone to give us hundreds of fake followers. It just popped into existence out of the blue. If anybody knows how such a thing can happen please give us a tweet (@thinkaboutconf) or a mail (kontakt@think-about.io).

I wrote a simple piece of code that utilizes the twitter API to detect ghost followers and automatically bans them. If you ban a follower, they are removed from your list of followers and may never follow or contact you again. Quite drastic, but very efficient against automated fake accounts.

The detection is so far quite simple. It deletes all followers that are either:

From the analysis of our ghost followers I could deduce this rule. All those fake accounts have barely any followers and always just one "welcome" post or no post at all.

Head over to Github and download Ghostbuster. In order to use it, you have to enable API access on twitter and create a twitter app. Both are quite easy to do in a few steps which I will outline here.

To be able to use the Twitter API, several steps have to be undertaken in order to gain access.

Head over to the Twitter API application form and request access as a developer. You will have to provide your phone number and a reason why you want access. I specifically typed there that I encountered many fake followers, and that I want to use the API to detect and block them automatically.

Twitter will accept the request immediately by sending you an email.

If you want to interact with the Twitter API you have to do this in the context of a so called "Twitter App". An app does not have to be a big application running on phones or in a browser. It is merely a context, in which you can make calls to the API.

Open the Twitter App Manager and create a new app by clicking on the create button. You can call it whatever you want. You only have to fill in the field marked as required, especially all those technical URLs can be omitted. As long as your app is not a user facing one (which is the case here), this is totally fine. After doing so open the App Settings by clicking on the details button beside the app as outlined in this screenshot:

Now navigate to the tab "Keys and Tokens", there you will encounter two very important secret keys. Both keys, the "API Key" and the "API Secret Key" should be kept very secret. Here is a screenshot how it might look (the keys in the screenshot are fake ones, for obvious reasons):

Keep this tab open for the next step, since you will need both keys for Ghostbuster. It will use them to create an API token. This API token will then be used to query and block ghost followers.

Installing Ghostbuster is quite easy. Since it is a commandline application, you will have to install and run it from the commandline. So open up the terminal and type this

This will install ghostbuster and make it available for usage.

As with the installation, running Ghostbuster requires a terminal. But before starting it, make sure you are logged into Twitter on your browser with the account that is haunted by ghost followers. We need this later to verify your app keys.

Now to start Ghostbuster, fire up your terminal and run:

This will launch Ghostbuster and the first thing it will do is ask you for the API Key and Secret which we have discovered above at step two.

After supplying both information a twitter URL as displayed. Please open this URL in the browser where you are logged into Twitter. After opening this URL, a button labeled "Authorize App" is displayed. After clicking it the website will display a PIN code consisting of several numbers. Copy this PIN code, go back to the terminal and paste it into the waiting Ghostbuster. Now press enter.

Ghostbuster will now start busting ghost followers and blocking them automatically. It will run indefinitely and look at your newest 100 followers every five minutes. If it detects a ghost in those 100 followers, they will be blocked automatically. You can abort it anytime using [CTRL]+[C].

Whenever you are haunted by an army of ghosts that swarm into your account, just fire up Ghostbuster in your terminal and watch them disappear.

To run it again, simply type ghostbuster. Since it stored your apps credentials, on future runs it will just start hunting without the annoying questions.

The five-minute break between runs is important, since the Twitter API has a rate limiter. That means, if you ask too frequently for your own followers, your API access will be temporarily disabled. Asking for 100 followers every five minutes is exactly inside their maximum limits, so you should be fine.

Since the 7th of January, our Twitter Account is bombarded by ghost followers and we have to run our Ghostbuster continuously to get rid of them. It is a complete riddle to us where those fake accounts come from but we are happy that it inspired us to write Ghostbuster and maybe help others to clean their accounts.

And as mentioned earlier: If anybody knows how such a thing can happen please give us a tweet (@thinkaboutconf) or a mail (kontakt@think-about.io). 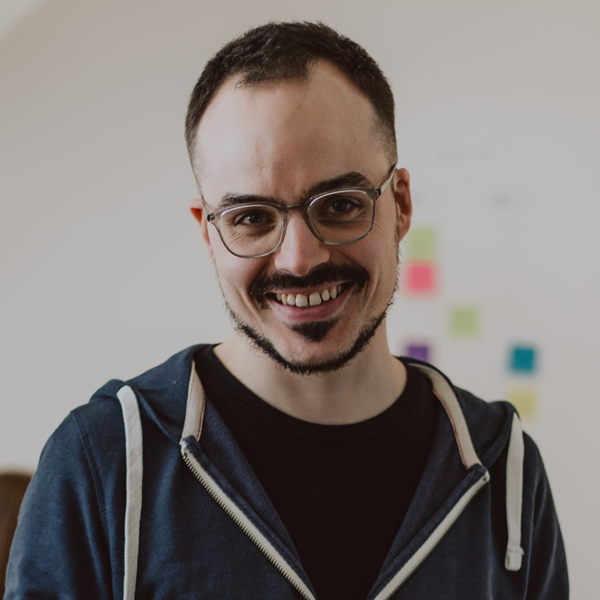 You don't want to miss an update?

Subscribe to our monthly newsletter*. It provides you with regular news about the event, behind the scenes content, updates to the speakers and much more.

* We use the German Newsletter Provider CleverReach.
All data (your E-Mail address) is stored in European datacenters under GDPR compliance. You can unsubscribe by a single click at any time.